dotSource will continue to grow in 2018

The Jena digital agency continued along its successful course through 2017. With customers like STABILO, EMP, and BayWa Baustoffe, it not only reached an impressive amount of sales growth in the last year, but also successfully released projects along the entire digital value chain. With an innovative workspace to support more than 200 employees and the addition of a third managing director, dotSource wants to start off on the right foot again this year.

Twelve months after the announcement of an expanded service portfolio for content management, product data management, customer relationship management, and marketing automation, dotSource GmbH can look forward to another record year. Between the two office locations are 191 employees and approximately 15 million euros generated in 2017 sales alone, once again achieving a 50 percent increase in sales compared to the previous year.

As the company itself continues to grow, dotSource’s leadership is also growing. Frank Ertel, who has been the commercial director of dotSource since 2016, will now officially become the third managing director and is responsible for the successful support and implementation of customer projects. A short overview of Frank Ertel’s work can be found here.

dotSource has successfully assisted in the digitizing of marketing, sales, and services in 2017 for BayWa Baustoffe. Thanks to the online building materials portal, implemented by dotSource, and targeted marketing measures, BayWa Baustoffe was able to record a massive increase in new customers outside of its traditional sales territory and within a few months, it became the largest sales division within BayWa AG.

Europe’s number one multichannel retailer for rock and entertainment merchandising, EMP, has also further developed its digital customer channels together with the help of dotSource. Following the successful implementation of an online returns portal, the implementation of one of the largest Salesforce Commerce Cloud projects in Europe took place at the end of the year last year, again with the help of dotSource. Likewise, in 2017, Axel Springer, STABILO, Messe Düsseldorf, and Geschenkidee.ch went like with successful projects along the entire digital system landscape.

»Businesses recognize that digital services are by no means a unique selling premise, but rather are nowadays expected, and that these expectations go far beyond delivering products to an online store. We are pleased to be able to support more and more customers with CRM, PIM, CMS, and marketing automation solutions, as well as – as in the case of Geschenkidee.ch – with relatively new services, such as in a chatbot, in setting up and expanding their digital channels,« says dotSource founder and managing director, Christian Grötsch.

In order to create more space for the creation of visionary ideas and a steadily growing number of employees, last year dotSource invested over one million euros in the expansion of a new work space. The idea for the new design simply from the idea of wanting to create a digital hotspot.

»If you want to innovate, you need flexible spaces that foster creative cooperation. During my trip to Silicon Valley, I once again learned that office architecture is no longer a task for facilities management, but rather, it serves as a communication tool and a central element of personnel entry. The offices are characterized by their open architecture, glass walls, and painted whiteboard walls. Informal spaces such as lounges and game rooms encourage casual interaction with other colleagues. These thoughts and ideas have been integrated into the design of our new space, in order to promote the visionary spirit of our team,« says Christian Grötsch.

More information about our customers and projects can be found here.

Learn more about dotSource dotSource here – one of the strongest growing e-ecommerce agencies in Germany. 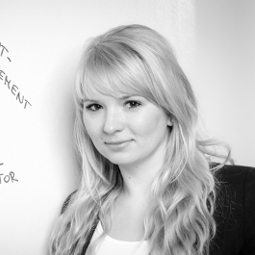